Case Study: How a Single Mom Went from “Not Even Looking” to Getting a Date 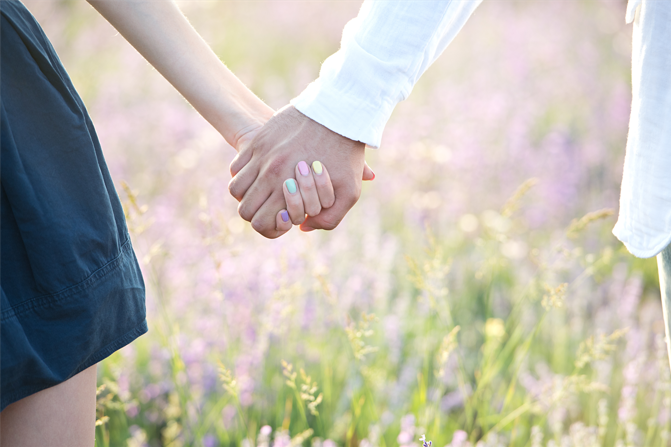 Dating is truly a process. Here’s how my client Ana finally got the results she’d wanted for years..

“Camille knows how hard it is to date and she gets that it’s not easy — it’s a process. She was very patient with me and she knew we had to take a different approach so she was like ‘okay, baby steps’ and she catered everything to me individually.”  – Ana, 35, Doctoral Student

A single mom and PhD student, Ana hadn’t dated in 5 years. With her son getting older, she wanted to improve her ability to talk to anyone primarily for work reasons, but finding a partner would also be a nice side benefit.

Ana’s Story At a Glance

When Ana started coaching with me, she was a single mom, studying for her PhD, who hadn’t dated in over five years. She really wasn’t looking for help dating and was more interested in improving her social skills in general.

“I started working with Camille not to talk to men necessarily, but to be able to talk to anyone. In the future I’m heading towards — being a professor, and a business owner, and a writer — I wanted to make sure that, when I finally reach that dream, I’m able to communicate with and connect to other people.“

She knew that her current anxiety around conversations wasn’t serving her in her work life. And with her son getting older, she started to think it might be nice to have a relationship.

“Now that my son is 3 I feel like I’m a little bit more able to just go out. I don’t feel so stuck at home anymore. And there’s a part of me that’s like yeah I want a partner I want someone, you know, come home to and to share the bills with, but my son is what I care about the most.”

Ana had been to one of my in-person flirting classes in Chicago. Initially she had thought she was open to dating, but after the class realized that, even in her head, she was being very harsh in her communication with other people.

Ana loved my philosophy of “leading with the sweetness” when talking to people and realized there was a lot she could improve.

“I have this side business I want to launch, where I’ll be talking to parents and kids. And I’m working on my PhD, but I don’t come across very confident or very outgoing.“

Ana’s problems connecting to other people mostly revolved around how she was communicating with them. She was coming across much more harshly than she thought she was, and she would dominate conversations out of nervousness. She’d share everything right away, trying to be upfront and honest, and instead ended up being overwhelming.

“One of my issues was that I would just say everything. I wouldn’t stop to take a breath or let him speak, I’d just lay it all down for him. So you know after an hour conversation I’d feel like ‘Omg, I gave him my all and this guy didn’t call me back!’ and it was really disappointing.”

That disappointment wasn’t the only emotion Ana and I had to work through. She also had some mental blocks and anxiety around initiating conversations and talking to people.

“I was caring too much about people looking at me approaching other people and thinking that they would think I was weird. But then I realized that, when I look at those people, I don’t think they’re weird, I think they’re interesting. Those are the people you kinda want to be friends with because they know everybody.“

Even though Ana wasn’t focused on dating, our main focus for our coaching was really on flirting. Not because I wanted to change her mind about dating or push her to date, but because flirting is all about communicating with other people in a light-hearted, fun, and open way.

“At first I didn’t get it, it didn’t make sense to me why Camille wanted me to compliment other women but once I started doing it, it sort of clicked for me. It’s not about flirting to get a date. It’s about saying to people that you’re open to having a conversation and letting them know that and that change is huge.”

Flirting is really just connecting to someone else in the present moment, which is why it was perfect for Ana. Overthinking was a major problem for her, and in work situations she’d freeze up and not say anything, particularly in meetings. If she was going to be a professor and a writer and a speaker, this was something she needed to overcome.

By helping Ana learn more about herself and turn her focus inwards, she got more comfortable around other people and stopped overthinking things as much.

“Now at work I just say whatever pops into my head. Like, sometimes it’s super professional and sometimes it’s not the perfect thing to say, but I still say it because it’s better than saying nothing.“

But her most unexpected result is that she’s actually found a guy! One of the exercises I had her do was go to a singles event and talk to 8 men. It could be something super brief and short, or more in-depth, but I wanted her to start conversations with 8 different men that night, just to practice.

“I went out and I truly had no expectations that night (and there’s usually some ‘oh my gosh, is this gonna be the time when I meet him?’ going on in the back of my head).

Then I got there and there was this guy standing over there on his phone. I went up to him and was like ‘Hi, my name’s Ana’ and we ended up talking for over an hour. And when he had to leave I was like ‘are you gonna take my number or not?””

This alone was amazing progress for Ana! She was feeling comfortable enough to have real conversations instead of over sharing everything. But Ana went even further than that…

“Even when he left I continued to talk to men because, like, I had a quota. I had to talk to 8 men and I ended up talking to 13.“

This was amazing, and I was so thrilled for her! Through these conversations and changing her communication style, Ana started to change how she saw relationships.

Ana used to very black and white with her relationships in the past. If she didn’t like something (like smoking) it was a dealbreaker and the guy was gone. But she started to see that dating is a learning process — both for her and for him.

“I started realizing that it’s a learning process not just for me but for the guy, too. We’ve been giving each other opportunities to say ‘I don’t like this about you. It’s kind of a deal breaker for me.’ But I’m having more of a conversation than I would have before. We’re sort of saying, like, ‘let’s see how much we can be together and get to a point where we’re okay’.“

But the best part (and the part I’m the most excited about) is that Ana feels this way:

“The cool thing about Camille’s coaching is that, I know that if I found a guy who likes me just exactly as I am once, I can do that again.”

And that deep knowing that she has the skills to attract the kind of man she wants is priceless.

Want to get the same incredible results as Ana? Apply for a FREE 60-minute Strategy Session call with me, where we’ll create a tailored action plan to reach your personal dating goals as quickly as possible. Click here to fill out an application and I will personally get in touch with you!

After graduating from Santa Clara University with a degree in Marketing, I worked in the corporate consulting world for over a decade before starting my business Master Offline Dating to help singles attract love in the real world.

But my true passion (and the secret sauce to my clients' incredible results) is helping people create more meaningful in-person connections in our digitally-disconnected world.

I'm now the #1 Offline Dating Expert, an award-winning writer, and author of two best-selling books. I've also taught over 100 live workshops, reach subscribers across more than 130 countries, and have been featured in major media outlets including the Atlantic, the BBC, and USA Today,

I believe that every day presents countless opportunities to find love. I’ve made it my mission to help people to overcome their fears, unlock their innate connection skills, and attract their perfect partner in the real world.

Camille's Story
The
Offline Dating Challenge
3 Days to a Red-Hot Date in the Real World
join free
Love/Life Boost Session
Get quick personal support to overcome your #1 dating challenge + actionable next steps to achieve your goals.
Learn More
Coaching
The Offline Dating
Starter Kit
Grab my 3-step method to meet a great guy in the real world - without going online.
Learn More
course
Roadmap to the
Right Man
Have Camille create your personalized step-by-step roadmap to attract the right man (or partner!) for you - without ever going online.
Learn More
coaching
Find Love Offline
My signature course walks you step-by-step through my 3-phase Find Love Offline Formula to attract the right man + become your best self in the process.
Learn More
course
Confidence Connection Commitment
Work closely with Camille in weekly private coaching calls to achieve your top dating and life goals, including attracting the right man + living your best life.
Learn More
coaching
The Offline Dating Academy
Join an incredible community of women being coached by Camille LIVE through her Find Love Offline Formula to attract love in the real world.
Learn More
coaching

How to Be Approachable (without saying a word)

What Do Men Look For in a Woman?

Why Don’t Guys Approach Me?

How to Attract a High-Value Man